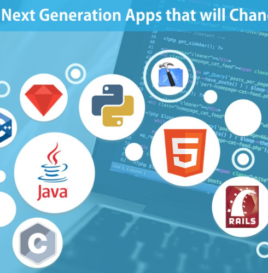 Whether you’re looking to begin coding as a hobby, a new career, or just to enhance your current role, the first thing you’ll have to do is decide which programming language you want to start with.

There is no right answer, of course. Choosing a first language will depend on what kind of projects you want to work on, who you want to work for, or how easy you want it to be. Hopefully, this guide will help give you a better idea of which one you should pursue.

Python is always recommended if you’re looking for an easy and even fun programming language to learn first. Rather than having to jump into strict syntax rules, Python reads like English and is simple to understand for someone who’s new to programming. This allows you to obtain a basic knowledge of coding practices without having to obsess over smaller details that are often important in other languages.

Python also is ideal for web development, graphic user interfaces (GUIs), and software development. In fact, it was used to build Instagram, YouTube, and Spotify, so it’s clearly in demand among employers in addition to having a faster onboarding.

Though it has it’s advantages, Python is often thought of as a slow language that requires more testing and is not as practical for developing mobile apps as other languages.

While C is one of the more difficult languages to learn, it’s still an excellent first language pick up because almost all programming languages are implemented in it. This means that once you learn C, it’ll be simple to learn more languages like C++ and C#.

Because C is more “machine-level”, learning it is great for teaching you how a computer functions. Software Developer Joel Spolsky compares it to understanding basic anatomy before becoming a medical doctor, making it the best way to code efficiently.

In this way, C is an exceptional choice to become a master coder and a talented developer from the get-go if you’re willing to take on the challenge.

Java is an object-oriented and feature-heavy programming language that’s in high demand. It’s been built under the premise of “Write once, run anywhere,” meaning that it can be written on any device and work cross-platform.

This makes it one of the most desired (yes, we mean high-paid) language skills. So, if you’re looking to learn a language that’s going to get you a great career, this might be the one, especially since top employers for Java programmers including Ebay, Amazon, and IBM.

Additionally, Java is often used for Android and iOS app development, as it’s the basis of the Android operating system, which makes it one of the best choices if you want to build mobile apps.

While it may not be as easy to pick up as Python, Java is a high-level language, and so it’s still relatively beginner-friendly. However, it has a slow startup and will take beginners much longer to deploy their first project.

JavaScript is another incredibly popular language. Many websites that you use every day rely on JavaScript including Twitter, Gmail, Spotify, Facebook, and Instagram according to General Assembly.

Additionally, it’s a must-have when adding interactivity to websites because it communicates with HTML and CSS. This makes it essential for front-end development and consumer-facing websites while becoming increasingly important in back-end development and growing in demand all the time. Because of its popularity, JavaScript is also the leading the charge in test automation frameworks, being the backbone of frameworks like Protractor and Nightwatch.JS.

There’s nothing to install with JavaScript since it’s already built into browsers, so it’s the easiest language to get started with in terms of set-up. The con here is that this means it’s interpreted differently across browsers (you’ll need to do some extra cross-browser testing) and may have deficiencies in responsive design compared to server-side scripts.

Again, while it’s not the most difficult to learn, it certainly isn’t as easy as Python. If Javascript does seem difficult at first, try out this Javascript tutorial that’s so easy a cat could do it.

Ruby is similar to Python in that it’s one of the easiest languages for people with no prior programming experience to read. You don’t need to know a ton of commands or programming vocabulary to learn it, and it has a multitude of libraries and tools that come in handy.

A big reason people like Ruby is because of the awesome full-stack framework, Ruby on Rails, which is becoming increasingly popular among startups and enterprise solutions. Airbnb, Groupon, Hulu, and Soundcloud are just a few of the websites that were built with Ruby on Rails, and Ruby has quite the active developer community today.

The reason it’s so popular for small businesses, however, is often one of the many criticisms against it. Ruby can have the challenge of scalability across a large system and may have a hard time with performance on larger websites. Additionally, while Ruby is certainly easy to learn, you’ll find most of the opportunities come from learning Ruby on Rails, which may slow down your learning curve if you were just expecting to take the easy way out to create a website.

So, What’s the Best Programming Language to Learn?

While there may be a strategy to choosing, Roger Collier emphasizes that programming is hard no matter what you pick (even with Python). It’ll be frustrating to get started, and moreover, become really good at it. However, he also suggests that this affinity for taking on the challenge to learn a skill that others may not have the patience for is what inherently makes coders so unique.